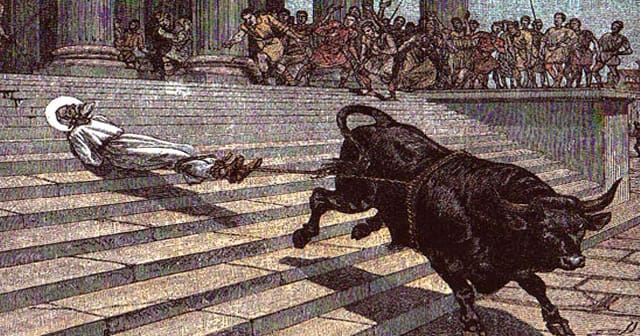 "One day they seized him and on his unshakeable refusal to sacrifice to the idols they condemned him be tied by the feet to a bull which dragged him about the town until the rope broke. Two Christian women piously gathered up the remains and buried them in a deep ditch, that they might not be profaned by the pagans. His successors, Sts. Hilary and Exuperius, gave him more honourable burial. A church was erected where the bull stopped. It still exists, and is called the church of the Taur (the bull)."
- St. Saturninus (Catholic Encyclopedia)


St. Saturninus, pray for us!